You are here:  Englische Version  |  Simply Vacation  |  Places to Visit

Here You can find an overview of interesting spots and places to visit throughout the region of Schweinfurt...

Click for more details on offers for physically challenged people.

The Industrial Museum of Schweinfurt

​​​The name "Schweinfurt" is strongly connected with inventions, that move the world:
Ball and roller bearings and the modern bycicle with the famous torpedo freewheeling hub are invented in Schweinfurt.

Shot Tower, Sachs exhibition and bycicle museum are one of many places to see for industrial history and technological topics in Schweinfurt.

A whole series of important inventors and personalities has transformed Schweinfurt into a world-class industrial city ― until this very day!

The industrial history of Schweinfurt begins in the beginning of the 19th century. Wilhelm Sattler established a paint factory, and Sattler’s “Schweinfurt Green” soon became well-known and popular throughout Europe. It only became public knowledge in 1839 that the “Schweinfurt Green” was extremely toxic.

Around 1860 the Schweinfurt resident Philipp Moritz Fischer produced an initially hardly heeded invention ― a pedal crank which he built into his “running wheel”, and thus transformed his running wheel into a genuine “bicycle”. Starting in 1883 with the help of his invention of the ball mill, Fischer’s son Friedrich produced hardened steel balls for the first time in mass production. He became the decisive pioneer of the subsequent ball bearing industry.

In 1909, the skilled mechanic Georg Schäfer acquired Fischer’s “First Automatic Cast Steel Ball Factory” ― it was more or less the birth of the firm “Kugelfischer” (FAG), which was to become the epitome of the worldwide roller bearing industry in the coming decades.

Two of Friedrich Fischer’s former employees, Wilhelm Höpflinger and Engelbert Fries, almost simultaneously established in 1890 their own ball bearing workshop, which later merged into the “Vereinigte Kugellagerfabriken AG” (“United Ball Bearing Factory Limited Liability Company”). Likewise at the end of the 19th century, the native Swabian Ernst Sachs established a company in Schweinfurt, which was to subsequently garner worldwide fame as “Fichtel & Sachs”. Sachs also initially manufactured ball bearings.
In 1903, he developed the famous torpedo freewheeling hub and later also the Sachs motor. The company has produced automobile shock absorbers and clutches since the 1930s.

Especially children like to try out the "Hui Machine" and many more. 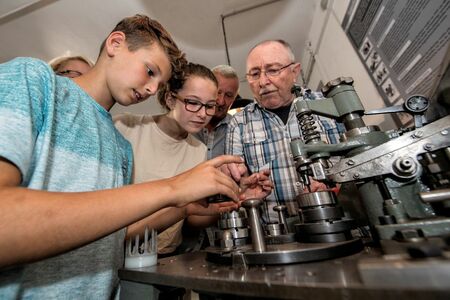 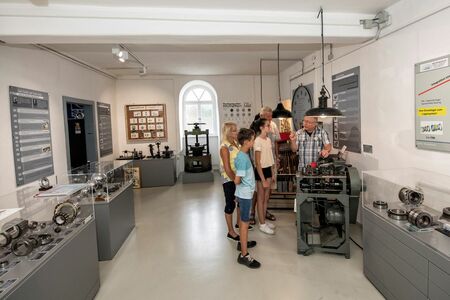 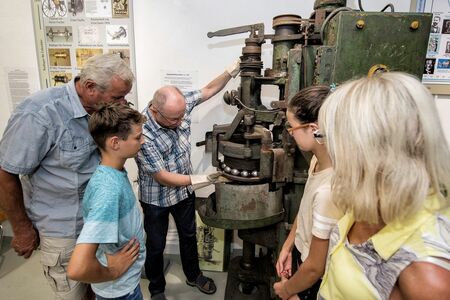 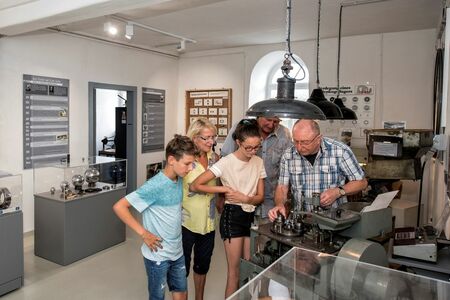 During December and March closed.